Manchester United’s Dean Henderson Denies Reports of Being Arrested for Attacking Girlfriend, Writes, ‘Wanted To Put the Rumours to Bed and Move On’ (See Instagram Story)


Manchester United goalkeeper Dean Henderson has denied reports of his arrest and attack on his girlfriend. A few days ago, there were reports doing the rounds that a Premier League footballer, ‘tipped for international honours’ was arrested in 2019 after the police suspected him of domestic abuse. As soon as this development surfaced, fans started speculating as to who could this player be and most of them seemed to suggest Henderson’s name. Kurt Zouma Cat Attack Video: Graeme Souness Slams West Ham Defender for Assaulting the Innocent Feline, Says, ‘Have Zero Sympathy for Him’ (Watch Video)

However, the player has brushed aside all of such speculations and reports. Taking to Instagram, he posted a story writing, “Can’t believe I’m having to do this but I’d just like to address the rumours that have come to light in the last couple of days. There are some sad people in the world that have attached my name to such inappropriate, hurtful and totally false news stories. I have a family who have been affected by this so wanted to put the rumours to bed and move on.” 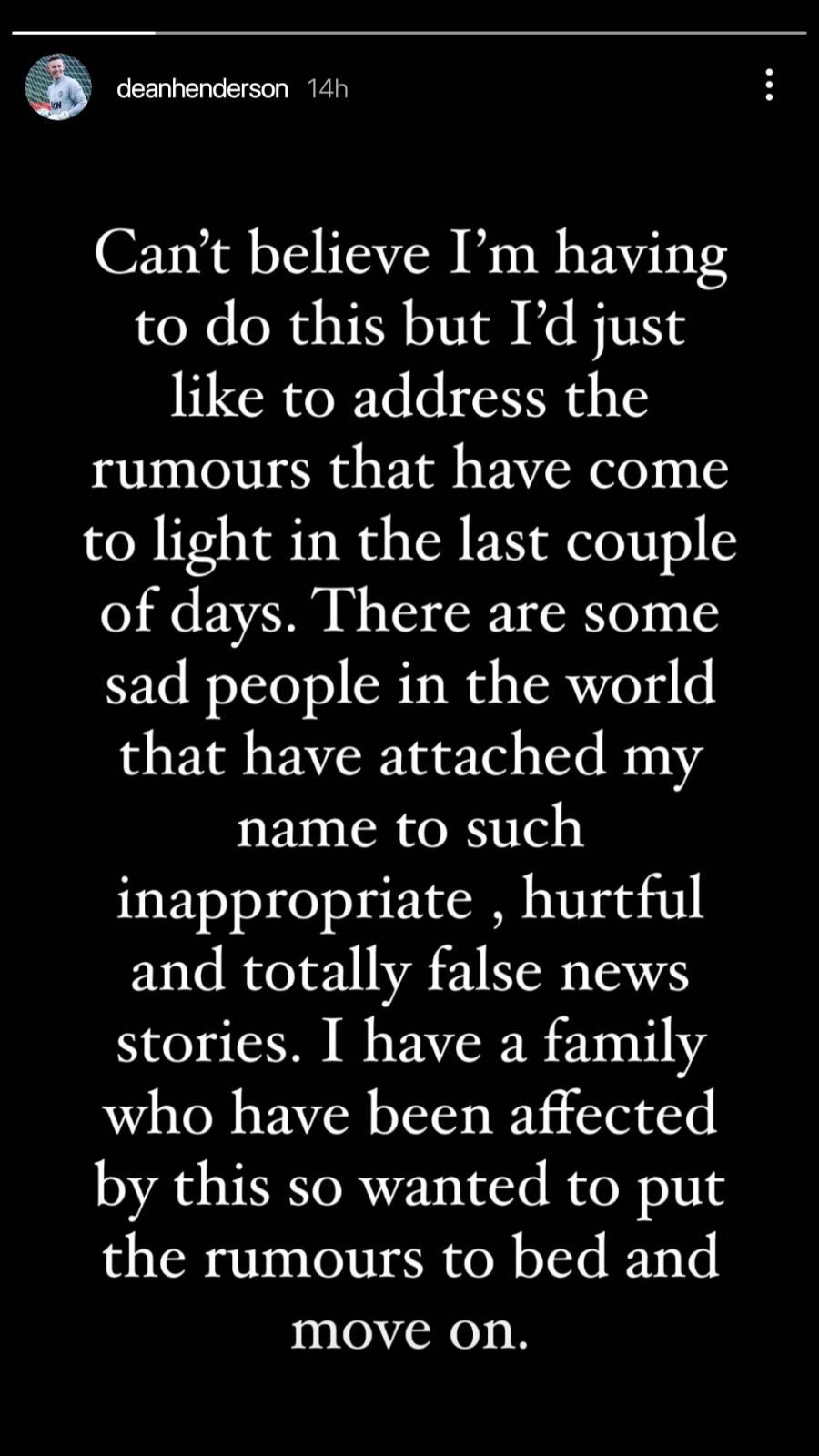 Reports of this news date back to 2019 when the Premier League footballer was accused of attacking his girlfriend following which the player was arrested. The matter was reportedly resolved in an out-of-court settlement. For the record, Henderson was last pictured with his girlfriend in 2020 and that might have led fans to speculate that the footballer in question was him.

A while ago, Manchester United’s Mason Greenwood was arrested after his girlfriend shared pictures of her being physically assaulted by him–a development that rocked the football world.

(The above story first appeared on LatestLY on Feb 15, 2022 05:59 PM IST. For more news and updates on politics, world, sports, entertainment and lifestyle, log on to our website latestly.com).