Bollywood actor Ranveer Singh, who was recently a part of the NBA All-Star Game in Cleveland, on Saturday, shared his experience at the star-studded match and also thanked his fans for supporting him. Ranveer took to his Instagram handle and posted a Story that read, “I just had the most incredible experience at the all-star game. But the highlight by far was the love and energy that my fans gave me at the game.” Ranveer Singh Flexes His Muscles in Latest Gym Snap and It’s Insanely Hot!

He continued, “I’m deeply touched and overwhelmed… Literally brought me to tears by the end of it. I feel the grace of god through you all. Not sure what i’ve done to deserve this kind of love but i am filled with just pure gratitude. Thank you all from my deepest embers of my heart.” The US’s National Basketball Association had appointed Ranveer as the NBA Brand Ambassador for India in September last year. Last week, during an Instagram Live session, the actor had revealed that he and his friend would be heading to Cleveland to play the NBA All-Star Game. Ranveer Singh Shares Throwback Pics Of Bappi Lahiri And Mourns The Demise Of The Disco King.

He flew off to Cleveland last night to be a part of the big-ticket, star-studded Celebrity Game at the Wolstein Center that featured some of the top global musicians and basketball players. Other celebrities, who were a part of the game were Machine Gun Kelly, Matt James, Jimmie Allen and more. Speaking about how he took up basketball when he went to America to study at Indiana University, he revealed, “I first became a fan of basketball when I started watching basketball on TV watching Michael Jordan’s Chicago Bulls in the 90s. Then I went to American for four years to study at Indiana University which had a great basketball culture and a great basketball legacy. A basketball college or a town as they called it.”

He added, “So that’s where I would play regularly because when I moved out of the campus our apartment had a basketball court right next door so we pretty much played every day and now I play in my building apartment complex which has a beautiful basketball court and it’s a great way to stay fit and to make friends and often times even if I have nobody to play with I just do some shooting practice. I find it very therapeutic.” 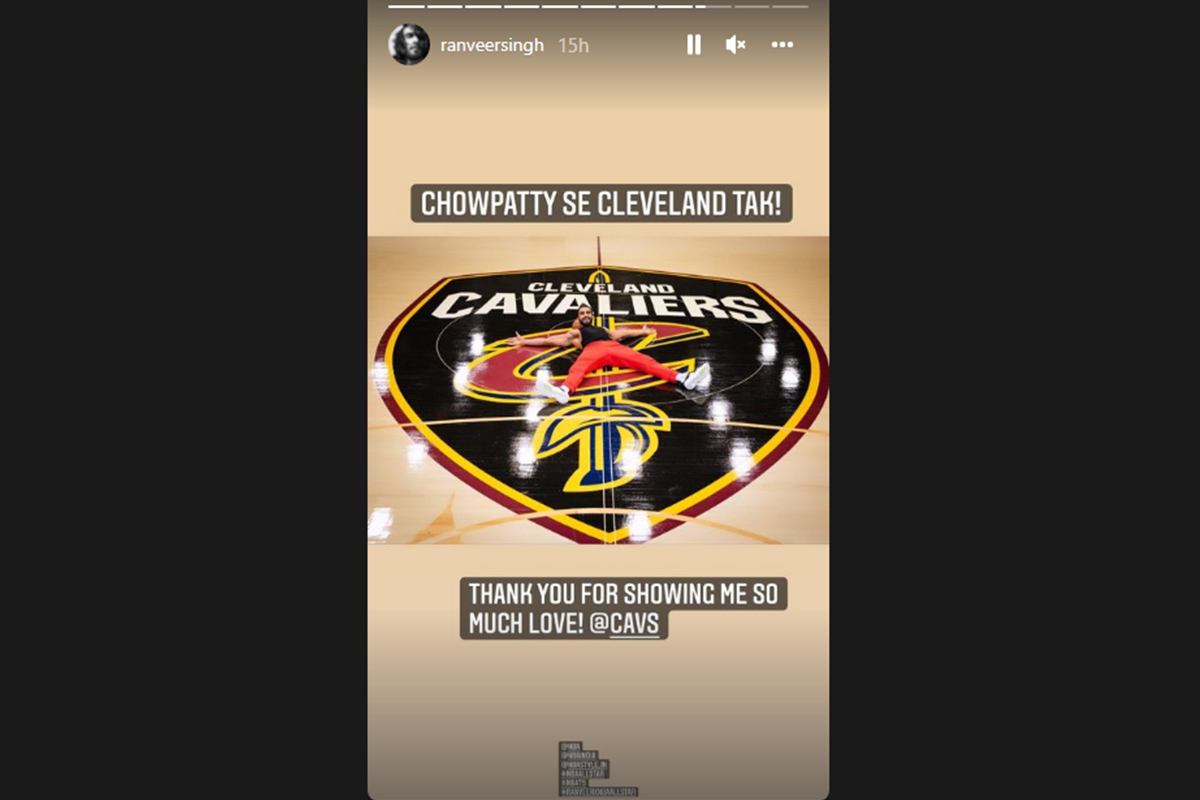 Ranveer wasn’t able to get much practice before the All-Star celebrity game because he had been filming for Karan Johar’s ‘Rocky Aur Rani Ki Prem Kahani’ but he intended to hit the court as much as possible once he landed at Cleveland where NBA legend Bill Walton was to coach him. The actor also shared his pictures from his practice session for the game on Instagram. He captioned it, “Ball is life.” Meanwhile, on the film front, Ranveer will also be seen in YRF’s ‘Jayeshbhai Jordaar’, Shankar’s remake of his blockbuster ‘Anniyan’ and Rohit Shetty’s ‘Cirkus’.

(This is an unedited and auto-generated story from Syndicated News feed, LatestLY Staff may not have modified or edited the content body)