Shreyas Iyer has no regrets about missed hundred vs Sri Lanka in Pink ball Test: Part and parcel of the game

India batter Shreyas Iyer had no regrets after falling 8 runs short of a rare Test hundred in a Pink ball game against Sri Lanka in Bengaluru on Saturday. 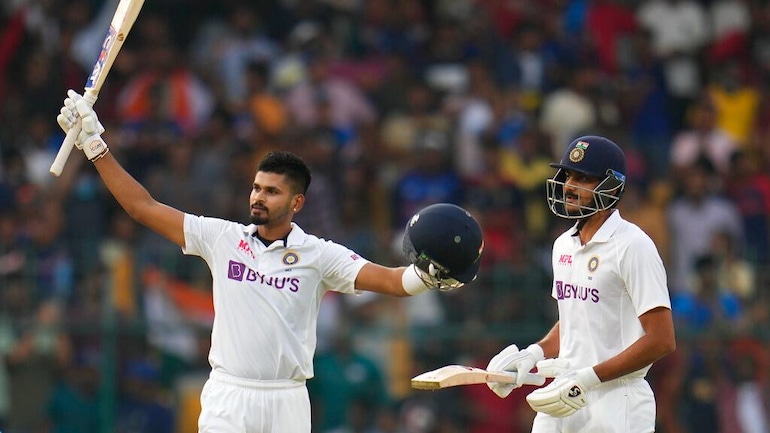 Notably, Iyer hit a counter-attacking 92 to put India in the position of strength as Sri Lanka were reduced to 86/6 in response to the hosts’ 252 on day one of the second Test. Iyer opened up on his 92-run knock, saying he didn’t want to get out defending the ball because there were more chances of getting out that way rather than scoring runs.

“When I was sitting inside, there was drama happening all over and the thrill was intense. I didn’t want to get out defending the ball because there are more chances of getting out that way rather than scoring runs,” Iyer told broadcasters.

“In my mind, the intent had to be positive and that’s what I had decided before going out to bat. When the left-arm spinner was bowling, there was no mid-wicket and my plan was to step across and see if there was a single because mid-off was also behind.

Iyer made batting look easy after a sharp turn and uneven bounce on the M Chinnaswamy track made the Indians dance to the Sri Lankan spinners’ tunes. His entertaining knock that came off 98-balls had 10 fours and four sixes negated all the good work done by the visiting bowlers in the first session when they had taken four wickets.

“Even if I flash at the ball it had to drop safely. I did not have it (the hundred) in mind, once I reached the 80s, Jassie (Bumrah) was defending the ball really well and I never thought I had to take the single on the 5th-6th ball,” Iyer added.

“It is part and parcel of the game. Today wasn’t my day and I have no regrets. When the ball was new, it was swinging and seaming pretty good. We discussed in the dressing room that the fast bowlers are going to play an immense role and that’s what we saw,” Iyer signed off.

India are 166 runs ahead so far on the opening day of the day-night Test played in front of a near-capacity crowd at the M Chinnaswamy Stadium on Saturday.