BTS is the world’s top artist 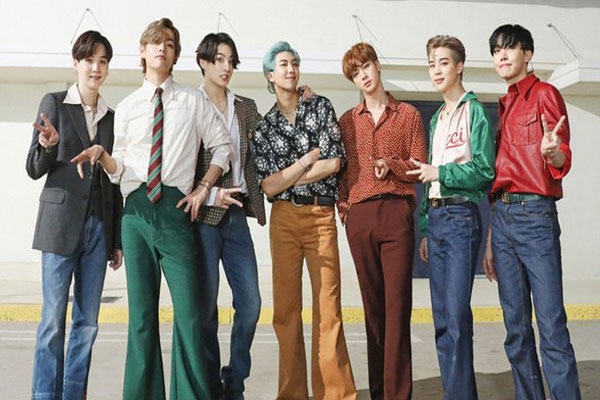 Los Angeles: The global recorded music market grew by 18.5 per cent in 2021, driven by growth in paid subscription streaming, according to IFPI (International Federation of the Phonographic Industry), the organisation that represents the recorded music industry worldwide.

While the free version of the report does not attach numbers to all of the rankings, they’re pretty fascinating anyway:

The top 10 global artists, based on “consumption across all formats and all countries, weighted based on the value of each method of consumption”, are:

The top 10 global digital singles were:

The Weeknd ‘Save Your Tears’ (2.15 billion streams)

The top 10 all-format albums were:

The Weeknd ‘After Hours’

And, for good measure, the top-selling vinyl titles across the world were:

Opening a press conference in London to announce the report, IFPI CEO Frances Moore expressed concern regarding events in Ukraine and the resulting humanitarian crisis, saying: “IFPI stands with our colleagues across the music community in our support for urgent humanitarian relief for refugees and our call for an end to the violence.”

Commenting on the report, Moore continued: “Around the world, record companies are engaging at a very local level, to support music cultures and bring on the development of emerging music ecosystems – championing local music and creating the opportunities for it to reach a global audience. As more markets mature, they join with and contribute to the rich, globally interconnected music world.

“Consequently, today’s music market is the most competitive in memory. Fans are enjoying more music than ever and in so many different and new ways. This creates enormous opportunities for artists. Those who choose to partner with a record company, do so to benefit from the support of agile, highly responsive global teams of experts dedicated to helping them achieve creative and commercial success and build their long-term careers.

“As technologies and the online environment continue to evolve and expand, so too do the creative opportunities to share music experiences. From the metaverse, to in-game content, record companies have invested in the people and the technologies to deliver new, highly interactive experiences – adding to the evolving ways for artists to make connections with their fans.”

The post BTS is the world’s top artist first appeared on Sambad English.