Why Is Bhagwant Mann Asking For Transfer Of Chandigarh To Punjab

AAP’s victory in Punjab was fairly surprising to the entirety of the country and the seeming trend of surprises has been carried over by Bhagwant Mann’s initial days in office as well. Getting to work from the very day of assuming office, he spared no time to make a few changes. He took the entire legislative make of the state of Punjab by storm with furious demands to the Centre while spearheading programmes for the state’s absolution.

Why Does Mann Want Chandigarh’s Transfer To Punjab

Chandigarh has always been an area of contention from the day of its planning. Both the states of Haryana and Punjab have been at each other’s throats expecting either of them to choke. Owing to its status as a Union Territory, it serves as the capital to both the states of Haryana and Punjab. However, owing to Punjab being the original state to have had Chandigarh as its capital, the state legislative assembly has made incessant demands to transfer the city to it wholly.

The Bhagwant Mann led Aam Aadmi Party legislative assembly moved the legislature with its resolution to the Central Government demanding the transfer. Citing the sentiments of the people and maintaining harmony, the resolution elaborated that whenever a state had been divided in the past, the capital has remained with the parent state. The resolution stated;

“For maintaining harmony and taking the sentiments of people into account, this house once again recommends to the state government to raise the matter with the central government to immediately transfer Chandigarh to Punjab. Chandigarh City was created as the capital of Punjab,” it said, adding, “In all past precedents, whenever a state has been divided, the capital remains with the parent state. Punjab, therefore, has been laying its claim for complete transfer of Chandigarh to Punjab.” 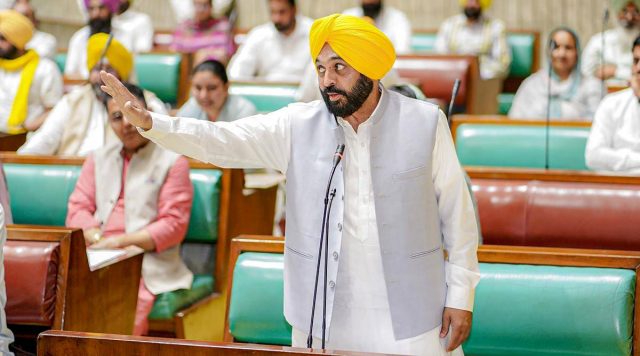 The resolution further instructed the Central Government to adhere to the federalist principles enshrined in the Constitution. To maintain the balance of power existing between the Central and the State government, the resolution elaborated that the Central should avoid making any decision that will tip the scales in their favour. It stated that no measures should be taken to disturb the balance existing between the administration of Chandigarh and that of other common assets like BBMB (Bhakra Beas Management Board).

The resolution arrived at a time when Amit Shah declared that the service of the employees of the Chandigarh Administration will be matched with Central Civil Services employees. The home ministry insinuated that it will benefit Chandigarh UT employees, but members of AAP, Congress and SAD leaders are seeing it as a big blow to the rights of Punjab.

The resolution will thus enable the Punjab administration to retain their bureaucrats as the transfer of Chandigarh may lead to its status as a UT being revoked. The CCS issue has led the Punjab Government to have a stronger claim as opposed to the state government of Haryana as they stood mum.

Also Read: Why Did AAP Hold Victory Rallies in UP Despite Not Winning Any Seat?

How Did Political Parties React

The Punjab Vidhan Sabha joined in a cumulative singsong of applause and unity as they supported the passage of the resolution wholeheartedly. The only fallen faces that remained was of two BJP representatives who staged a walk out of the special assembly. All other opposition parties, including Akali Dal and Congress, maintained composure and supported the resolution. 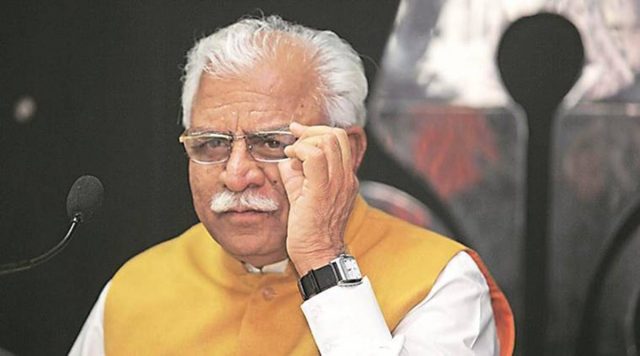 The actual brunt of the entire issue was faced by the state government of Haryana who was not taken into confidence before the passage of the resolution. Almost all stakeholders of the state government have depicted their rage against the AAP government. Haryana Chief Minister, Manohar Lal Khattar, expressed his outrage as he stated that the Punjab government should have taken into confidence the qualms of all stakeholders. This was accentuated by Anil Vij’s remarks of AAP being a “bacchha” party unaware of the real issues facing the two states.

Vij took to stage to address the Haryana Vidhan Sabha special assembly as he said;

“Surely, the government that has been formed in Punjab is in its infancy and has yet to get the deciduous teeth. I don’t want to discuss this but what I can say is that AAP is a deceitful party. Besides Chandigarh, we also demand construction of the SYL Canal and transfer of Hindi-speaking areas to the state.” The buck did not end there as the BJP Chief of Haryana, Om Prakash Dhankhar, in a press conference criticised the Punjab government’s resolution;

“The newly formed Punjab government should have shown a good gesture towards its neighbour but passed a condemnable resolution in the Assembly. Both the state and the party organisation will oppose any such demand. Getting 19 lakh acre ft water through SYL Canal also remains our principal demand.”

Chandigarh attains its five weeks of national television prospects yet again, unfortunately, neither Punjab nor Haryana will listen to the qualms of the masses. The common person has been blindsided yet again.

DemystifiED: What Went Wrong In Sri Lanka And How It Landed In This Messy Economic State