Anushka Sharma, having been away from the silver screen for more than three years, is now gearing up for her much-anticipated movie Chakda Xpress. The movie is based on the life of cricketer Jhulan Goswami. Today, she took to her Instagram handle to share a selfie on her Story, right after a tough practice session for her upcoming film. Anushka Sharma and Virat Kohli ‘Clean Up Well’ in Glamorous New Pictures on Instagram!

In the picture, Anushka is seen sporting a black t-shirt with a pair of vibrant sunglasses. She uploaded the image on her IG Story with the caption ‘Post practice in this heat wave’. The movie, a biopic on Women’s Cricket legend Jhulan Goswami, is a story depicting her tremendous struggle and unshakeable attitude. Anushka Sharma Treats Fans With a Fun BTS Video From One of Her Shoots Set – WATCH. 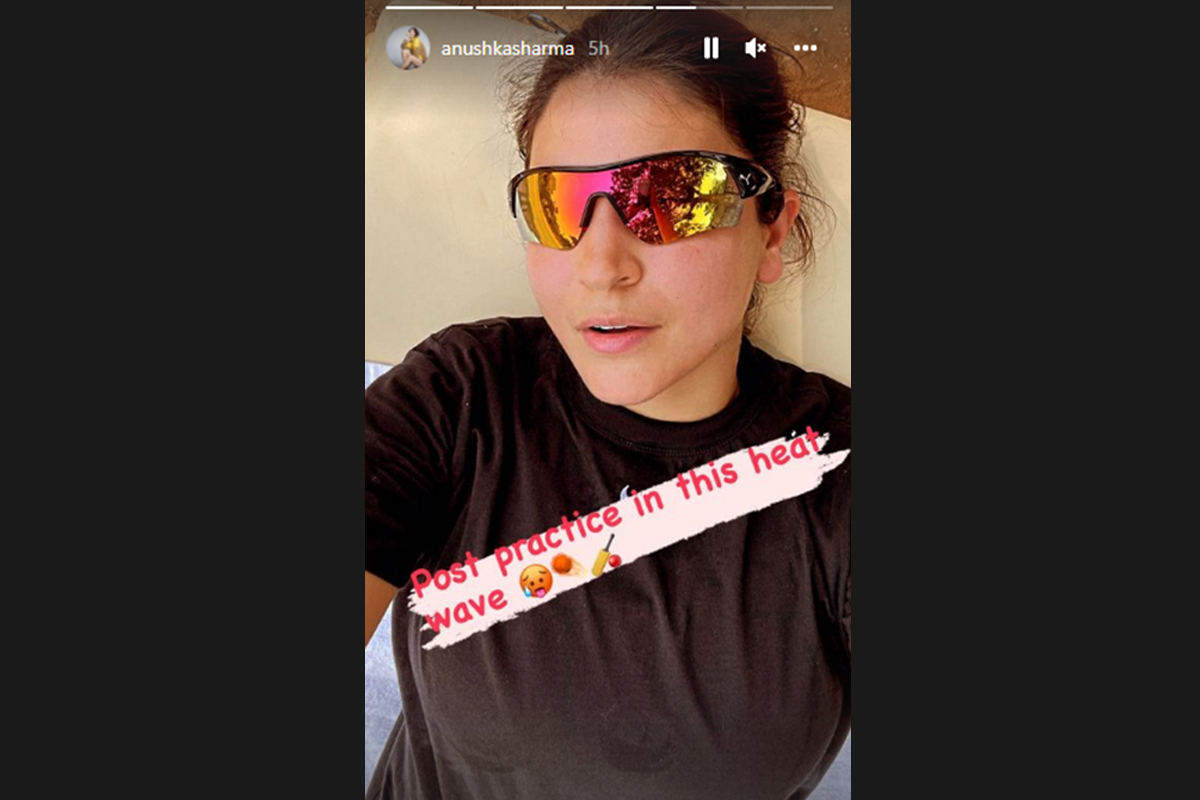 Hailing from a small town in West Bengal named Chakda, Jhulan developed an affinity for cricket despite various obstacles on her way. The movie revolves around the highlights of Goswami’s career, from convincing her parents, breaking the stereotypes to her rise as one of the greatest Women’s cricketers India has ever produced. The film is slated to release in the second quarter of 2022 on Netflix.

(This is an unedited and auto-generated story from Syndicated News feed, LatestLY Staff may not have modified or edited the content body)