OnePlus 10R 5G is confirmed to debut in India on April 28, 2022. The company has been teasing the device on its official Twitter and other social media channels. OnePlus will also launch the Nord CE 2 Lite 5G smartphone along with the OnePlus 10R 5G at the More Power to You event. Ahead of the launch, a new OnePlus tweet has revealed that the 10R 5G smartphone will be powered by a MediaTek Dimensity 8100 chipset. OnePlus 10R 5G & OnePlus Nord CE 2 Lite 5G India Launch Confirmed For April 28, 2022.

The processor is said to come with a maximum clock speed of 2.85Ghz and an Arm Mali-G610 MC6 GPU. The handset is likely to pack a 4,500mAh battery with 150W SuperVOOC charging support, which is claimed to fully charge the phone’s battery in 17 minutes. 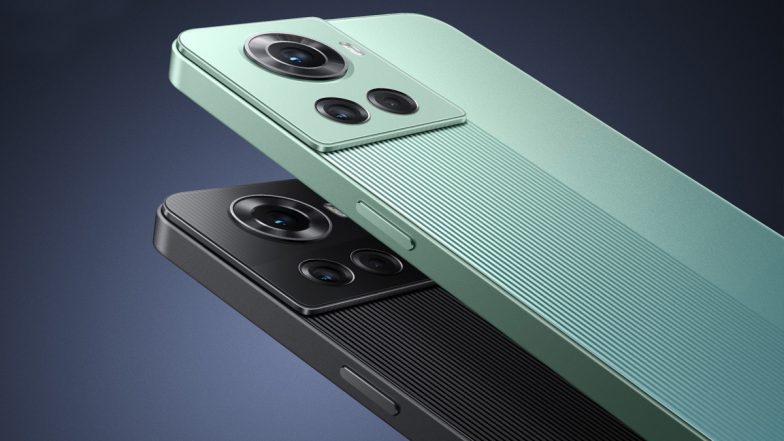 The smartphone is likely to sport a 6.7-inch FHD+ E4 AMOLED display with a 120Hz refresh rate.

Get ready to experience the evolution of power with the new #OnePlus10R‘s MediaTek Dimensity 8100 Max Processor. Launching on, April 28.

The device is rumoured to run on Android 12 based OxygenOS. For clicking photographs, the OnePlus 10R 5G could feature a 50MP Sony IMX766 sensor, an 8MP ultra-wide-angle lens and a 2MP macro snapper. At the front, the handset might sport a 16MP selfie lens.

(The above story first appeared on LatestLY on Apr 15, 2022 05:04 PM IST. For more news and updates on politics, world, sports, entertainment and lifestyle, log on to our website latestly.com).