The musician Tiruvidaimarudur S. Radhakrishnan highlighted episodes from the epic as visualised by different composers

While poetic brilliance is the common link among the stories of Rama in various literature, Tyagaraja and Arunachalakavi brought a lot of musical grandeur to their creations. During the Sita Kalyana utsavam, performed as part of Sri Ramanavami, organised by Sri Radha Madhava Seva Samajam, at Virugambakkam, Chennai, musician Tiruvidaimarudur S. Radhakrishnan presented a musical discourse bringing together the works of Valmiki, Tyagaraja, Kambar, and Arunachala Kavirayar.

‘The Valmiki Spell’, the series by SVK in The Hindu, inspired Radhakrishnan to read the works by these poets and composers. In the process, he began to draw a connect between Valmiki’s shlokas and some Tyagaraja kritis. For the performance, Radhakrishnan selected verses and compositions from each kaandam (canto) of the Ramayana and presented them with passion. The painting depicting the story of Ramayana seen on one of the walls at Ramasamy Temple, in Kumbakonam, Thanjavur district.
| Photo Credit: Photo: B. Velankanni Raj/The Hindu Archives

Radhakrishnan sang ‘Paadukaiku mudi soodinan’ in Misra Khamas that describes the story of Bharata placing Rama’s padukas on the throne, and ruling the kingdom on Rama’s behalf from Nandigram, a village close to Ayodhya. He pointed out how the lucid lyrics of Arunachala Kavi’s Rama Natakam appeal equally to the lay and the learned. Both Kambar and Arunachala Kavi wanted to present their creations first at the Ranganatha Swamy temple in Srirangam. Through Arunachala kavi’s ‘Yaen pallikondeerayya’, Swati Tirunal’s ‘Bhavayami Raghuramam’, and Lakshmanacharya’s ‘Nama Ramayanam, Radhakrishnan highlighted the fact about these composers narrating the stories of Ramayana kaandams in a single composition.

In Tyagaraja’s Mukhari raga composition, ‘Entani ne varnintunu Sabari bhagyam’, while illustrating the story of Sabari in Aranya kaandam, Radhakrishnan said that the line ‘punaraavrtti rahita padamuna pondina’ would suit better for niraval and swaraprastara, than the traditionally chosen line, ‘Kanulara sevinchi’, as the former depicts how Sabari attained moksha in the presence of Rama. He proved it by singing swaras for this line. Nandagopal on the violin and Venkateswaran on the mridangam complemented the rendition. 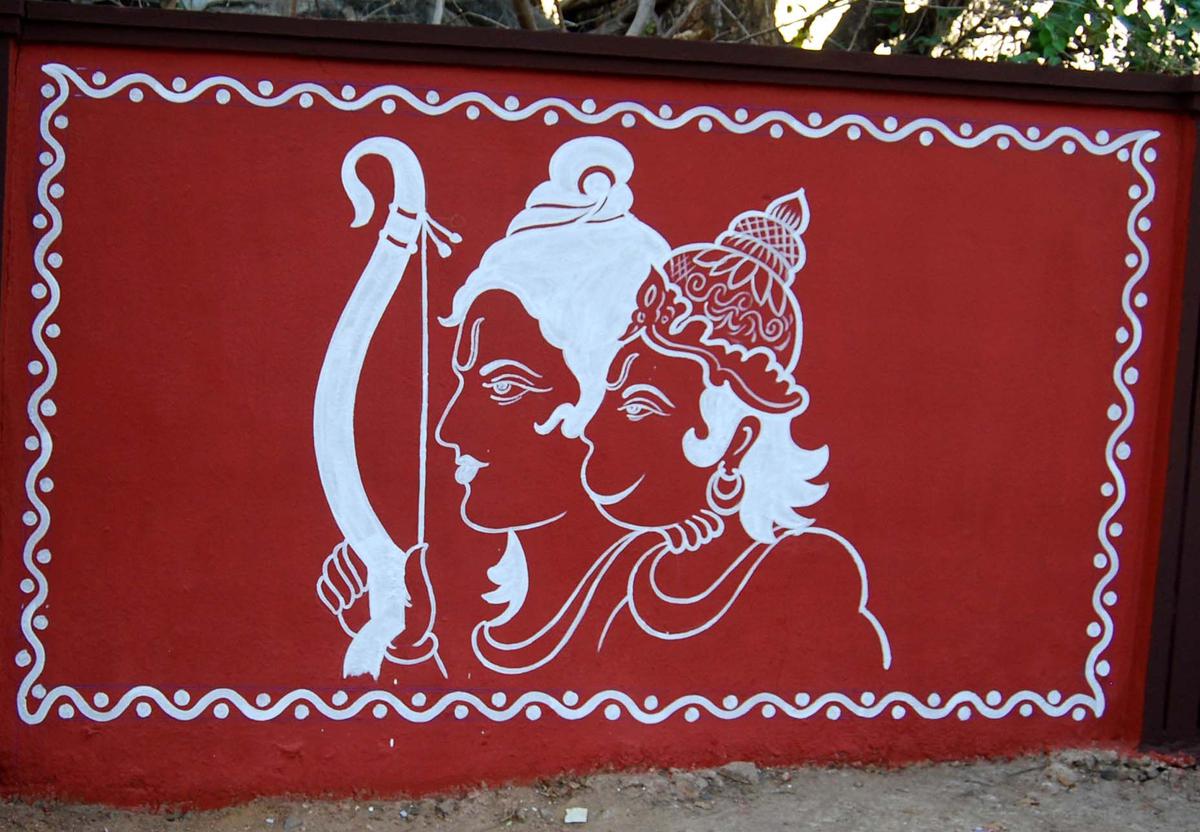 Radhakrishnan further pointed out how Tyagaraja accused Rama of not speaking to Anjaneya directly, instead asking Lakshmana to convey his message in his Charukesi kriti ‘Aadamodi galade’, thus connecting the kriti with Kishkinta kaandam, and to ‘Choodamani padalam’ of Sundara kaandam in ‘Maa Janaki chetta battaga’ (Kamboji). He focused on the composer’s poetic skill in narrating the stories of Bala kaandam in just two lines of the charanam beginning with ‘Paada vijitha’ in the Nattai raga Pancharatna kriti ‘Jagadananda karaka’.

He concluded his discourse with ‘Sita kalyana vaibhogame’ in raga Kurinji, and B.A. Chidambaranathan’s ‘Namam nalla namam’ in raga Janasammodini.

The writer specialises in Carnatic music.

Check out Mission20’s journey from digital currency to e-commerce, which will soon have its own e-commerce platform