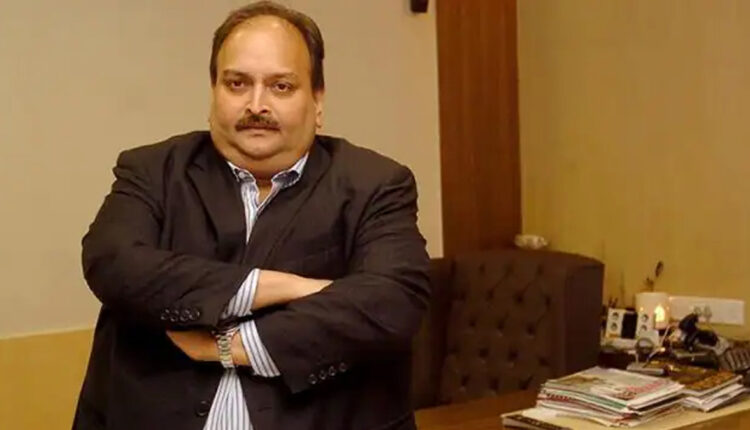 New Delhi: The Central Bureau of Investigation (CBI) on Monday said that they have lodged a new case against fugitive businessman Mehul Choksi and his company Gitanjali Gems for allegedly defrauding the Industrial Finance Corporation of India (IFCI) to the tune Rs 22 crore between 2014-18.

Choksi, who is wanted in India by the CBI and the ED in the Rs 13,500 crore Punjab National Bank (PNB) fraud case, had gone missing from Dominica on May 23, last year sparking a massive manhunt.

He was captured in Dominica on May 26.

A Dominican court had restrained his deportation after hearing a habeas corpus filed by Choksi’s lawyers.

Choksi has been residing in Antigua and Barbuda since January 4, 2018, days before the CBI registered the case of bank fraud against him and his nephew, absconding diamantaire Nirav Modi Nirav Modi, among several others.

The CBI and ED, which have filed separate charge sheets in the case, are trying for his extradition.

On April 11, Subhash Shankar, a close aide of Nirav Modi has been deported to Mumbai from Cairo by the CBI in connection with the PNB fraud case.

Shankar was DGM Finance in Nirav Modi’s company. A red corner notice was issued against him.

Get your Summer Glow With Deyga- Choose Pure! Choose Deyga!