Gujarat Titans and Punjab Kings face off against each other in match 48 of the Indian Premier League 2022. The GT vs PBKS clash in IPL 2022 will be played at the DY Patil Stadium in Navi Mumbai on May 03, 2022 (Tuesday) at 07:30 PM IST. So ahead of the encounter in IPL 2022, we bring you GT vs PBKS betting odds along with the win predictions. GT vs PBKS Preview.

Gujarat Titans have been the top team in the Indian Premier League this season as they are the league leaders with eight wins from nine games. Meanwhile, Punjab Kings have been on a downward spiral at the moment as they have lost three of the past four games in the league and will be aiming to break the rut. GT vs PBKS Dream11 Team Prediction IPL 2022.

According to the bookmakers, Gujarat Titans are the favourites to win the match. Bet365 have put the odds in favour of GT to come away with maximum points from the encounter. GT have the odds of 1.80 in their favour while PBKS are a 2.00 underdog. 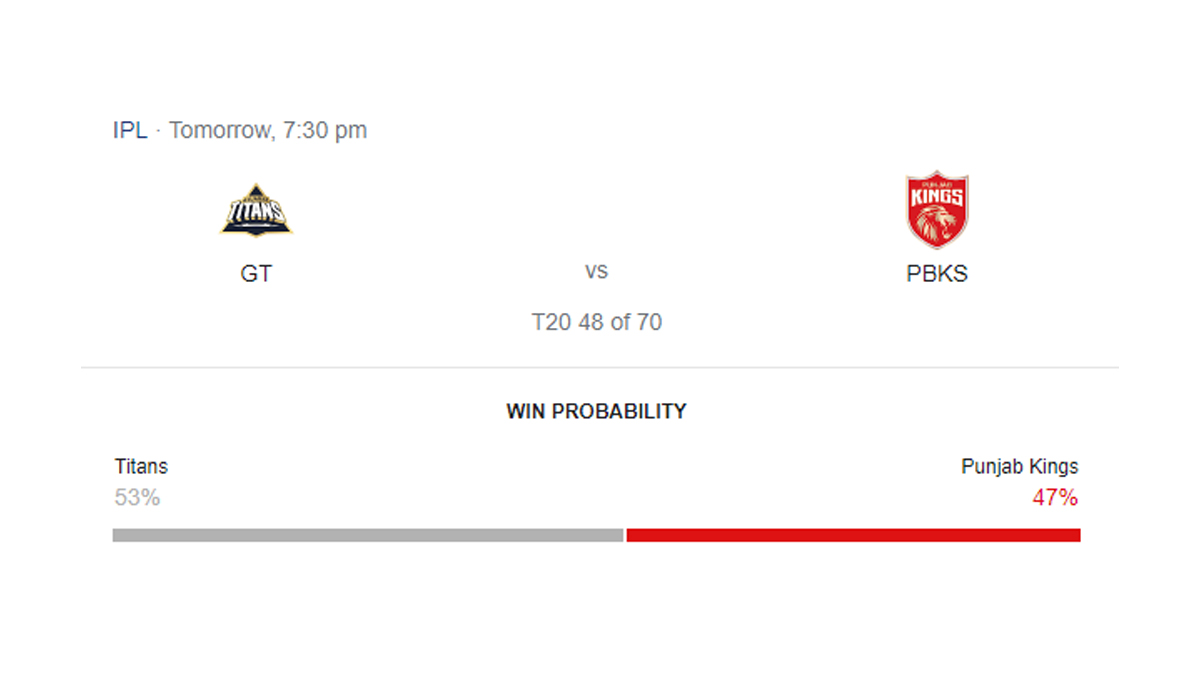 (The above story first appeared on LatestLY on May 02, 2022 03:15 PM IST. For more news and updates on politics, world, sports, entertainment and lifestyle, log on to our website latestly.com).