PSI recruitment scam: one of the prime accused surrenders before CID

As per the CID sources, Rudragouda Patil and his team had provided special training to their candidates for using Bluetooth devices inside the examination hall for committing malpractices

As per the CID sources, Rudragouda Patil and his team had provided special training to their candidates for using Bluetooth devices inside the examination hall for committing malpractices

Mr. Melakundi who was on the run for the last 20 days after the scam came to light surrendered before the CID sleuths at the Aiwan-e-Shahi State Guest House. On April 26, a local court had issued arrest warrants against six accused in the case including Mr. Melakundi.

“I am neither involved in this scam nor was I absconding. I was getting treatment at Mangaluru for the last two weeks,” Mr. Melakundi told media persons before surrendering to the CID.

As per sources in the CID, Ms. Hagaragi, who had not initially revealed anything about her and others involvement in the PSI recruitment examinations disclosed some vital information after consistent interrogation. The sources said that she had admitted that a huge amount of money was changed hands. According to her confessions, Mr. Kashinath, the principal of the Gyan Jyoti English Medium School (examination centre) that she ran and where the exam malpractices were reported from, was the mastermind who had planned and executed everything, the sources said adding that there was an organised network between Mr. Kashinath and other accused including Ms. Hagaragi, Mr. Rudragouda Patil and Manjunath Melakundi, they said.

What had shocked the CID officials was the painstaking planning that went before the execution of the plans. During questioning, police found that the key players used various sources to help their candidates appearing for the examinations. The scam was executed by two teams in different ways. Rudragowda Patil and his associates helped the candidates to write examinations using Bluetooth devices and the other team led by Mr. Melakundi ensured that the invigilators fill up the candidates’ OMR sheets after the examinations.

The sources in CID said that the candidates involved in the scam using Bluetooth devices had rehearsed the entire process several times before the examinations to ensure that nothing would go wrong. The answers were transmitted via Bluetooth earphone and each question number along with the answer was repeated thrice for the convenience of the candidate.

As per the confession made by several accused during interrogation, there can be multiple stakeholders such as police officials, representatives of the candidates and government officials in the scam. The accused also revealed about Mr. Melakundi’s involvement in alleged malpractices committed in the recruitment exams for the Assistant Engineer and Junior Engineer posts in the past.

The CID officials are, however, not sure about the exact amount of money that was paid by each candidate and shared by the middlemen. 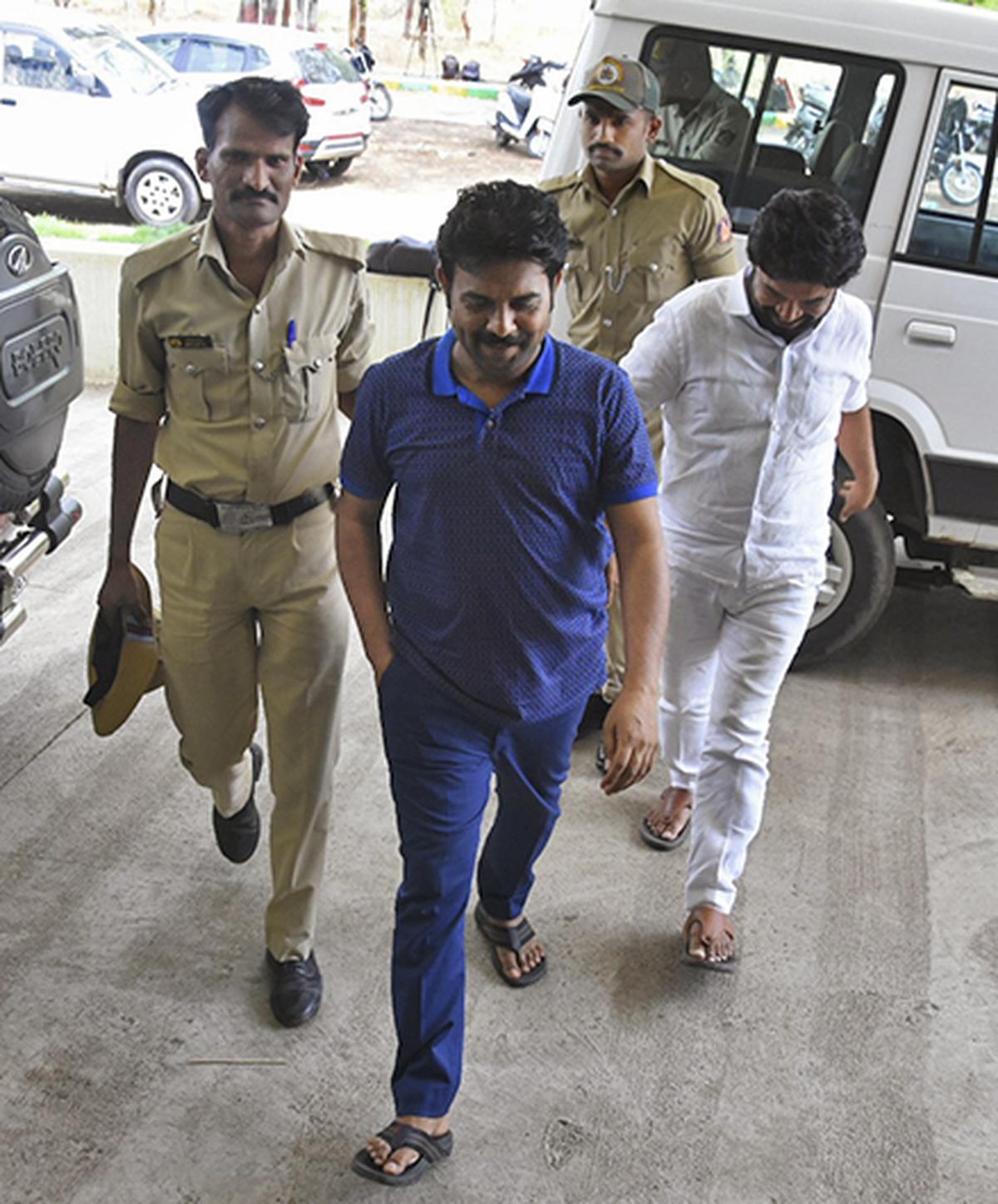 Yo or Hell No? Dakota Johnson in Gucci at the Premiere of Cha Cha Real Smooth