Yo or Hell No? Kristen Stewart Wearing Chanel at its Fashion Show in in Monte-Carlo


While the awards season was a dull one for Kristen Stewart fans as they were expecting her to bag some trophies for Spencer, trust the actress to not give a damn! Kristen probably enjoyed herself throughout these different ceremonies while also dropping some major style bombs on us. Right from attending the special luncheon hosted for all the Oscar nominees to picking the most stunning designs for the awards night, she gave her fans all the good reasons to cheer and hoot for her. And seems like she’s not done yet. Yo or Hell No? Dakota Johnson in an Emerald Green Satin Jacket by Gucci.

Kristen Stewart was in Monte Carlo recently attending Chanel’s fashion show. She was a front-row guest obviously and she had donned a chic LBD by the same brand. Kristen wore her black mini dress and paired it with a classic tweed jacket, stocking and black heels to go with. She further accessorised her look with no jewellery and had her blonde hair tied in a hairdo. With kohled eyes, blushed cheeks and nude lips, she completed her look further. Yo or Hell No? Kim Kardashian’s Shimmery Gown by Balenciaga at the White House Correspondents’ Dinner. 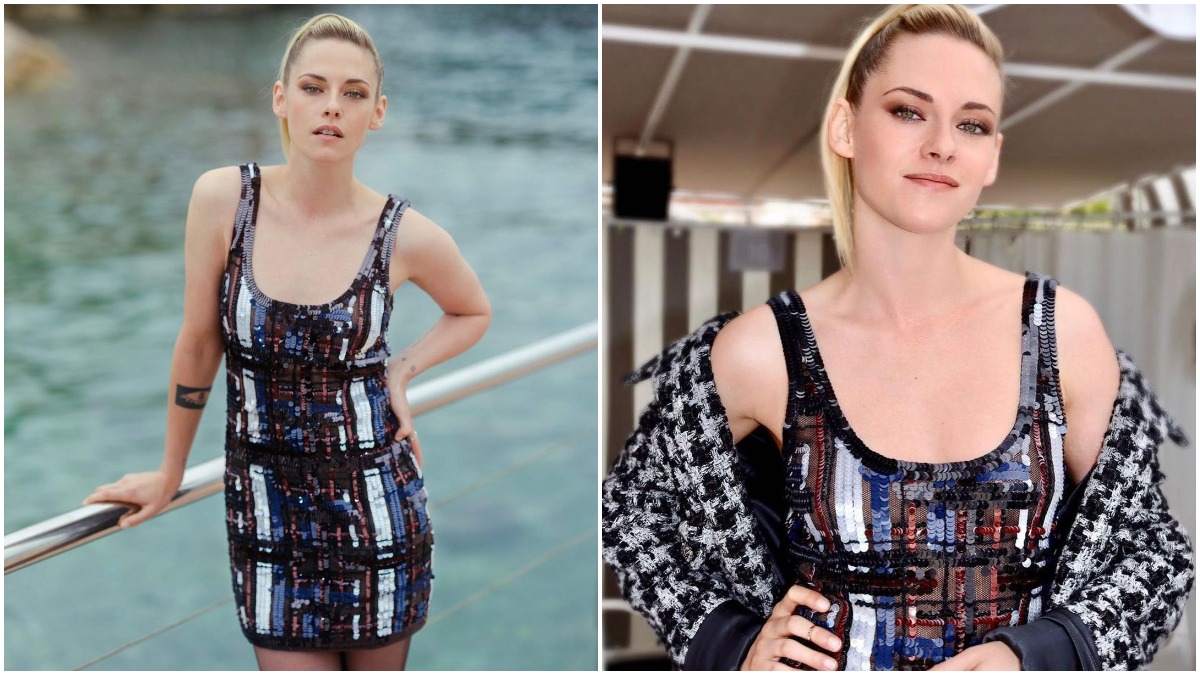 Kristen’s chic look for the day had elegance written all over it. While we personally adore Chanel and think Kristen’s been making some lovely choices off late, what’s your take on it? Do you think she looked phenomenal or was it too subtle for your taste? Drop your views on Twitter or simply choose the desired option from the box below.

(The above story first appeared on LatestLY on May 06, 2022 04:42 PM IST. For more news and updates on politics, world, sports, entertainment and lifestyle, log on to our website latestly.com).