Government cites the 1962 Kedar Nath verdict that allowed Section 124A (sedition) to continue to be part of the Indian Penal Code.

Government cites the 1962 Kedar Nath verdict that allowed Section 124A (sedition) to continue to be part of the Indian Penal Code.

A 1962 Constitution Bench judgment of the Supreme Court, which upheld the validity of the sedition law, “must be treated as a binding precedent” that has withstood the test of time, the Centre told the Supreme Court in a written note on Saturday.

The six-decade-old verdict of a five-judge Bench had allowed Section 124A (sedition) to continue to be part of the Indian Penal Code though it limited its applicability to “activities involving incitement to violence or intention or tendency to create public disorder or cause disturbance of public peace”.

The note by the government, settled by Solicitor General Tushar Mehta and drafted by the Centre’s panel counsel Kanu Agrawal, said the Kedar Nath verdict is “good law” and needs no reconsideration.

The government reasoned that instances of abuse of Section 124A did not justify reconsideration of a binding judgment upholding the sedition law. “The remedy would lie in preventing such abuse on a case-to-case basis rather than doubting a long standing settled law declared by a constitution bench since about six decades,” the Centre contended.

The government said the judgment settled the question of law and applicability of Section 124A and needed no further reference to a larger Bench now.

The Centre’s note comes amidst debate before a three-judge Bench led by Chief Justice of India N.V. Ramana on whether the sedition law in the background of what is said in the Kedar Nath verdict needs to be referred to a five or seven judge Bench for a relook.

A clutch of petitions by senior journalists and prominent bodies and personalities, represented by senior advocates Kapil Sibal and Vipin Nair, has challenged the legality of the colonial law. They have argued that the law of sedition is being rampantly misused by the government to curb fundamental rights of life, dignity, personal liberty, and the freedoms to protest and dissent. Mr. Sibal has argued that there has been a “sea-change” in the law post the 1962 case law. He had reminded in court that “the British have left the country. We are a democracy now and masters of our own fate. We have a right to protest”. 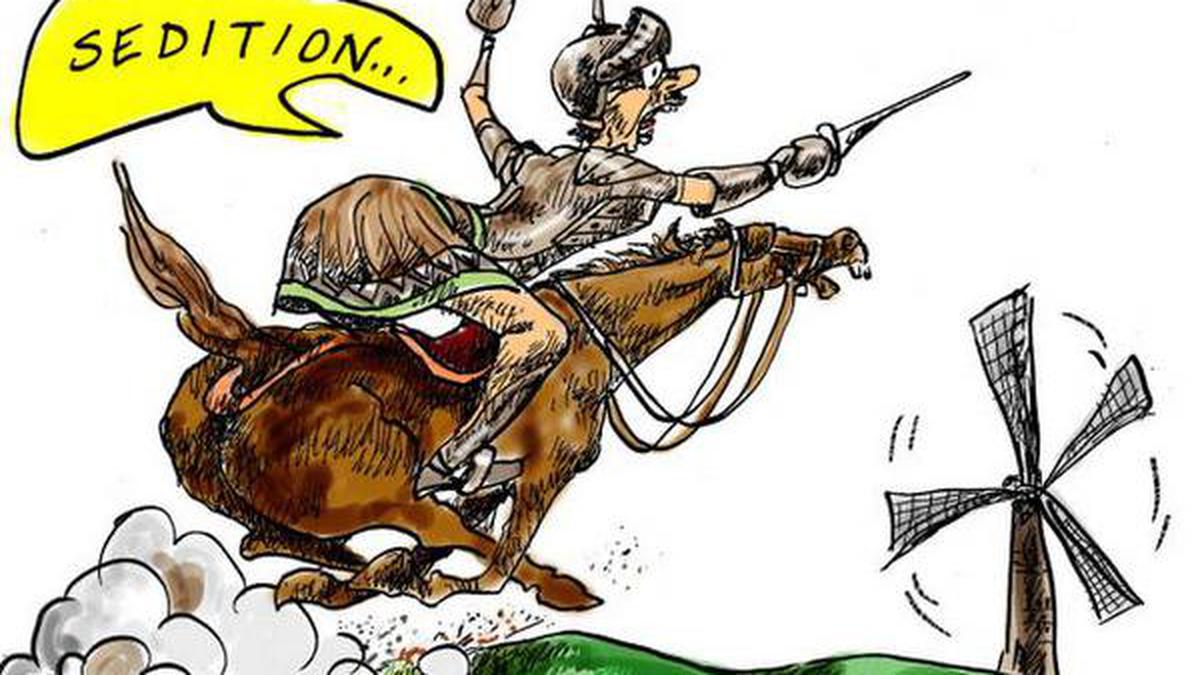 Mr. Sibal had said the Kedar Nath judgment had only covered how sedition affected free speech and expression enshrined in Article 19(1)(a) and did not touch upon how the provision would snuff out the right to life (Article 21) and right to equal treatment (Article 14).

But the government countered that a Constitution Bench considers a law, and in this case Section 124A, from all perspectives, including its impact on Articles 14, 19 and 21.

“Merely because Article 14 and 21 are not mentioned, would not undermine its final judicial conclusion. The five-judge Bench read down Section 124A only to bring it in conformity with Article 14, 19 and 21 of the Constitution. No reference, therefore, would be necessary nor can the three-Judge Bench once again examine the constitutional validity of the very same provision,” the government submissions in court argued.

The government said the ratio and logic of the Kedar Nath judgment was tested and applied successfully in several cases, including in the recent Vinod Dua case, in which the senior journalist was booked for sedition for his social media activity.

The government said that in case the three-judge Bench wants to reconsider the ratio of the Kedar Nath judgment, it would be “absolutely necessary” for it to “first to record its satisfaction that the ratio in Kedar Nath Singh is so patently wrong that it needs reconsideration by a larger Bench”.

Finally, as an afterword, the government said if the three-judge Bench led by Chief Justice Ramana decided not to accept any of the arguments made in the note, it would not go ahead and examine the challenge to Section 124A. Instead, Chief Justice Ramana’s three-judge Bench ought to refer the challenge to “a larger Bench for consideration whether Kedar Nath needs reconsideration”.

Farhan Akhtar to feature in Disney Plus series ‘Ms. Marvel’