Munroe Thuruth residents, Kerala’s first band of climate refugees, have been living on the frontline of an escalating crisis for years.

As tidal flooding and steady subsidence continue to plague them, house lifting services are offering the islanders a new lifeline.

After a Haryana-based firm lifted a 1,050 sq ft house by four feet using jacks, more and more people are planning to follow suit. Suseelan’s house ‘Akhil Bhavanam’ is located in Perungalam, a part of the island with zero road connectivity. 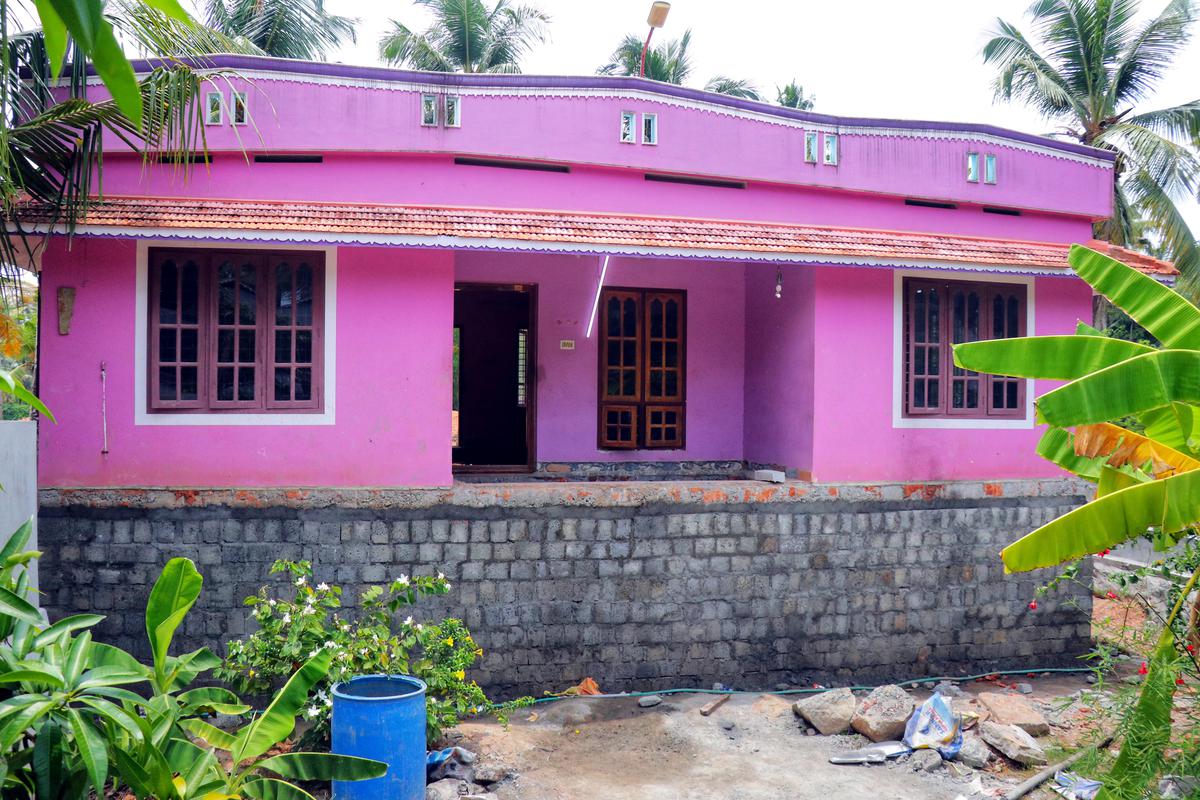 A house in Munroe Thuruth after completion of the elevation process.
| Photo Credit: C. SURESHKUMAR

“We don’t have any other choice if we want to stay here. We can’t afford relocating to another place and the situation was getting worse with the recent changes in climate. We had to ferry all the material required for the work in boats,” says Suseelan, the first resident to opt for the service.

Abandoned and dilapidated houses are not a rare sight in the island as many of its residents have fled the place over the years. Anticipating the snag, Shaji had built his house three ft above surface level some 10 years back. But over a period of time its foundation started to settle and the bottom of the structure gradually sank into the soil.

“The upper layers of the earth are not strong enough to hold the structure and many houses in the neighbourhood are facing the same issue. Due to the change in climate, tidal flooding has become more frequent and severe now. While it was limited to two-three months in the past, we have to deal with it for over eight months now,” he says.

The condition of the islanders aggravated after the floods in 2018, forcing them to look for reliable solutions.

“After the floods we visited some lifted houses and work sites, but we were apprehensive and the cost seemed very high. Last month they elevated the first house in the island and we were convinced,” he adds. The cost for lifting Sivasailam, his 2300 sq ft two-storied house, comes around ₹12 lakh and the process is expected to take more than 40 days.

According to Balvindar Kumar of Krishna Building Lifting & Constructions Pvt. Ltd, his Kerala clientele has swelled after the floods.

Earlier, most clients needed the service after road elevation or when a portion of the building was acquired for some road widening project. “After the floods many places in Kerala are facing the issue of waterlogging,” he says.

Elevating the structure is not a simple process as it requires a lot of expertise and some preparatory work. The digging starts after assessing the soil, age of building and the quality of the material used for construction. Jacks are used to evenly elevate the structure and later a new foundation is built.

“It’s safe to elevate houses that are less than 50 years old and the process will only strengthen the superstructure. Apart from lifting, the houses can also be moved from flood-prone areas to new locations,” he adds.

Back In Time: 108 Years Ago, On This Day, Mother’s Day Was Celebrated Officially For The First Time

Back In Time: 108 Years Ago, On This Day, Mother’s Day Was Celebrated Officially For The First Time