Sonam Kapoor is undoubtedly one of Bollywood’s pioneering fashionistas, starting the trend for elaborate red carpet looks and pre-carpet photoshoots in Bollywood. Sonam has also been one of the international faces of India’s fashion on the Cannes Film Festival’s red carpet. She has also become a staple presence on the Cannes red carpet since making her debut in 2011 wearing a Jean-Paul Gaultier gown. Sonam has become a fashion force, experimenting with and starting new trends. Over the years, Sonam has worn some very risky and extravagant outfits to Cannes Film Festival. Cannes Film Festival 2022: Date, Venue, Event Details, Awards – All You Need To Know About the 75th Edition of the Festival de Cannes.

Sonam Kapoor recently confirmed that she wouldn’t be attending the coveted event this year from May 17 to May 28 because she is heavily pregnant. Fashion lovers worldwide will miss Sonam’s presence on the red carpet, so in honour of legendary looks, Let’s revisit some of Sonam Kapoor’s best and most extravagant outfits.

6 Best Looks Of Sonam Kapoor On the Cannes Red Carpet 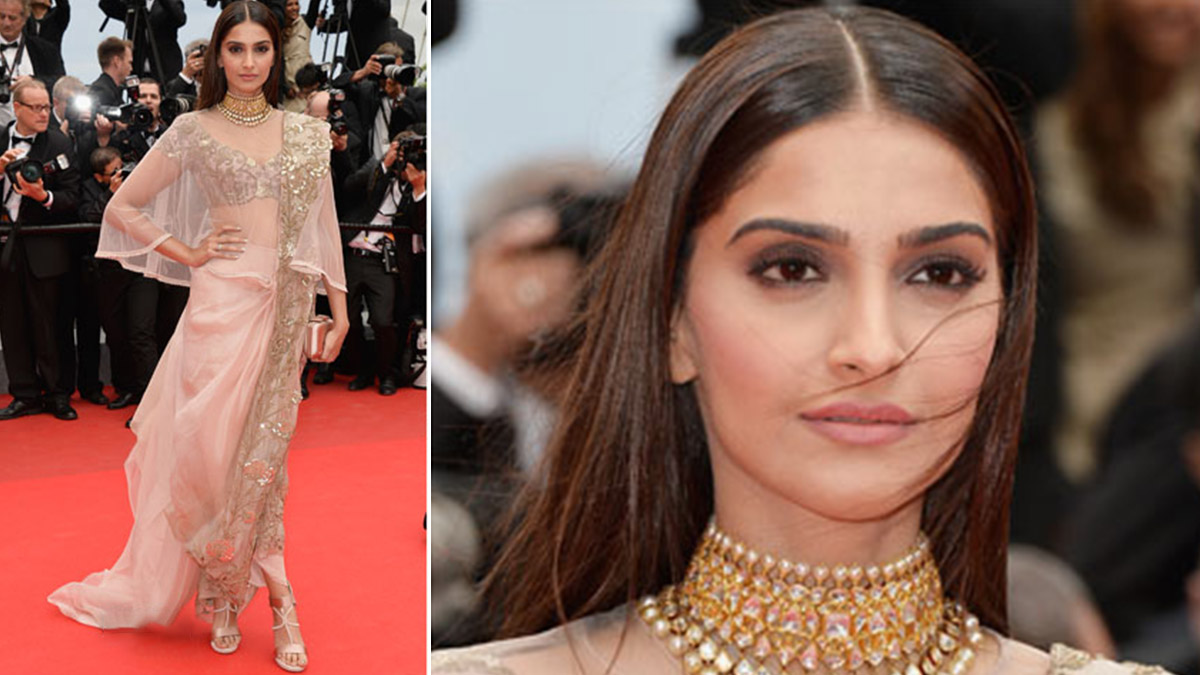 Sonam stunned the fans and made every desi heart very happy with her choice of wearing an Anamika Khanna saree and paired it with a heavy choker. She completed the look with sleek hair and smokey eyes. 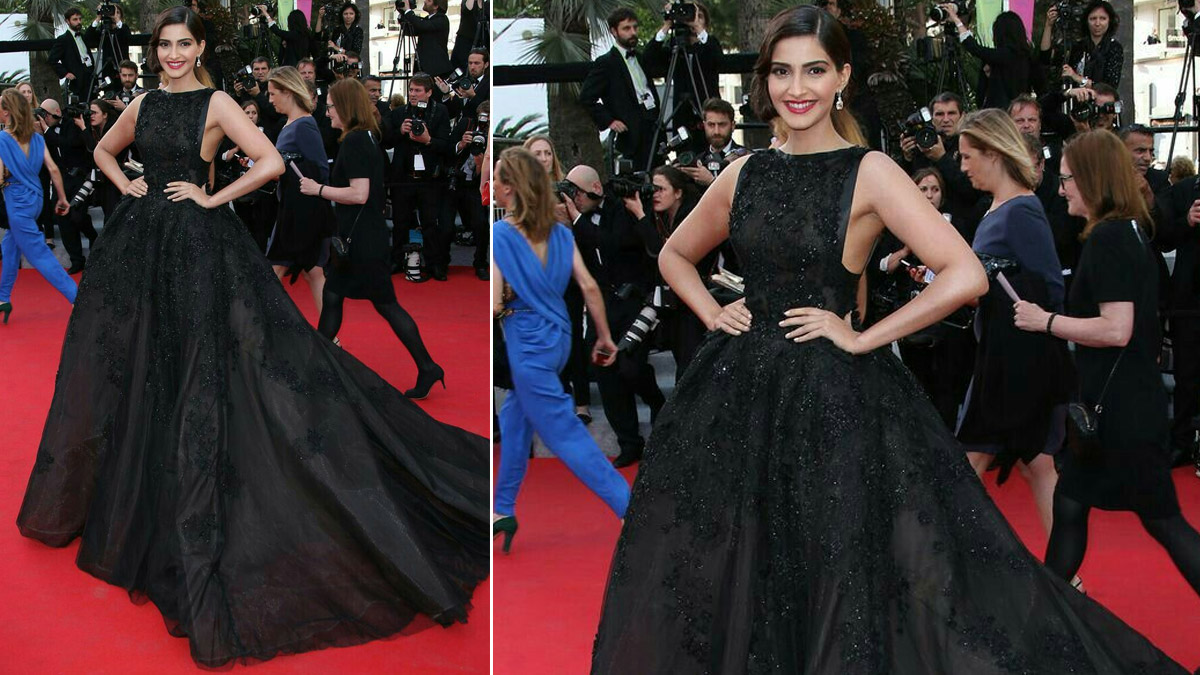 Every Year on the Cannes carpet, we see some fabulous Ellie Saab gowns, But the one Sonam wore in 2014 stands out. Her look was inspired by Old-Hollywood glamour in a Black Flared Ellie Saab gown. 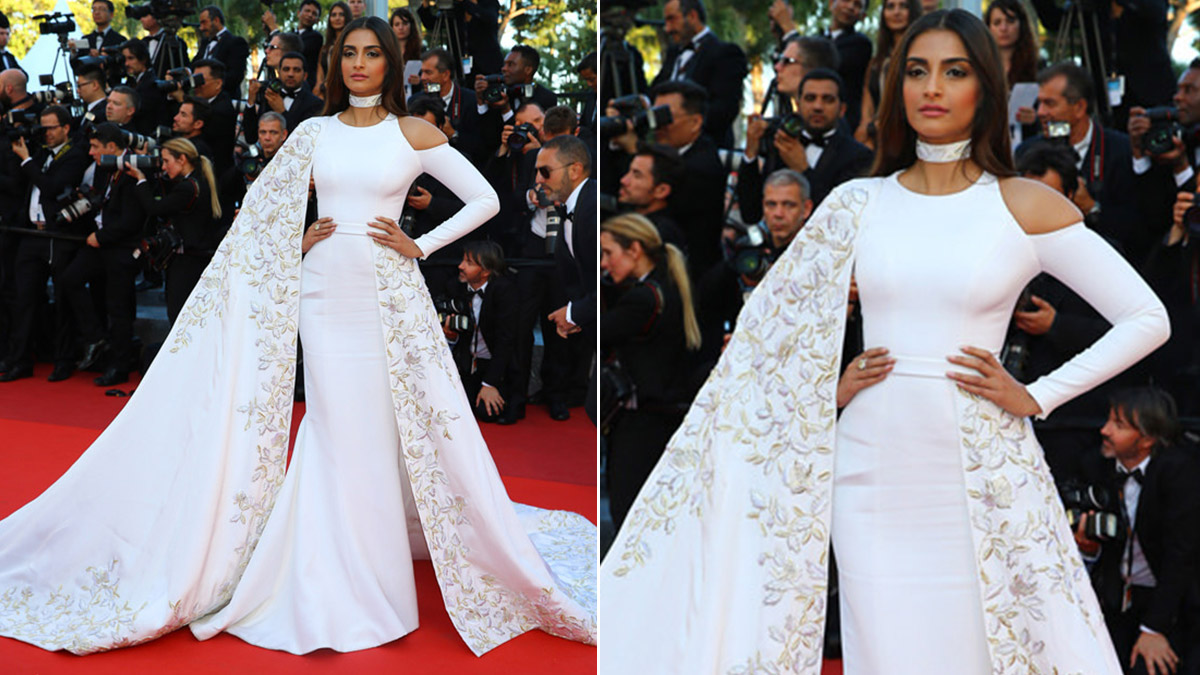 One of her most iconic looks, Sonam, was a vision in this Ralph & Russo white and gold cape dress that flowed throw the carpet. The dress created a moment on the Cannes Red Carpet for sure. 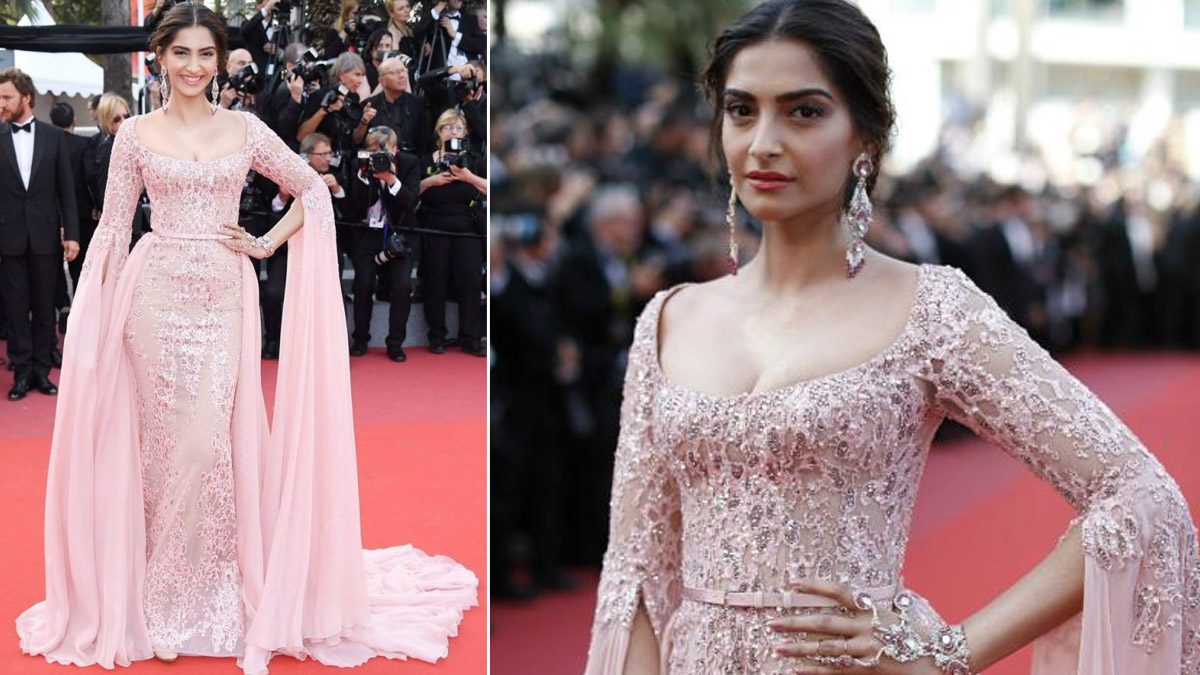 This pink embellished Ellie Saab look did generate mixed reviews, but only because Sonam’s white attire in 2017 had blown everyone away. This dress was stunning; Sonam looked gorgeous in this pink gown and kept the makeup light and fun. 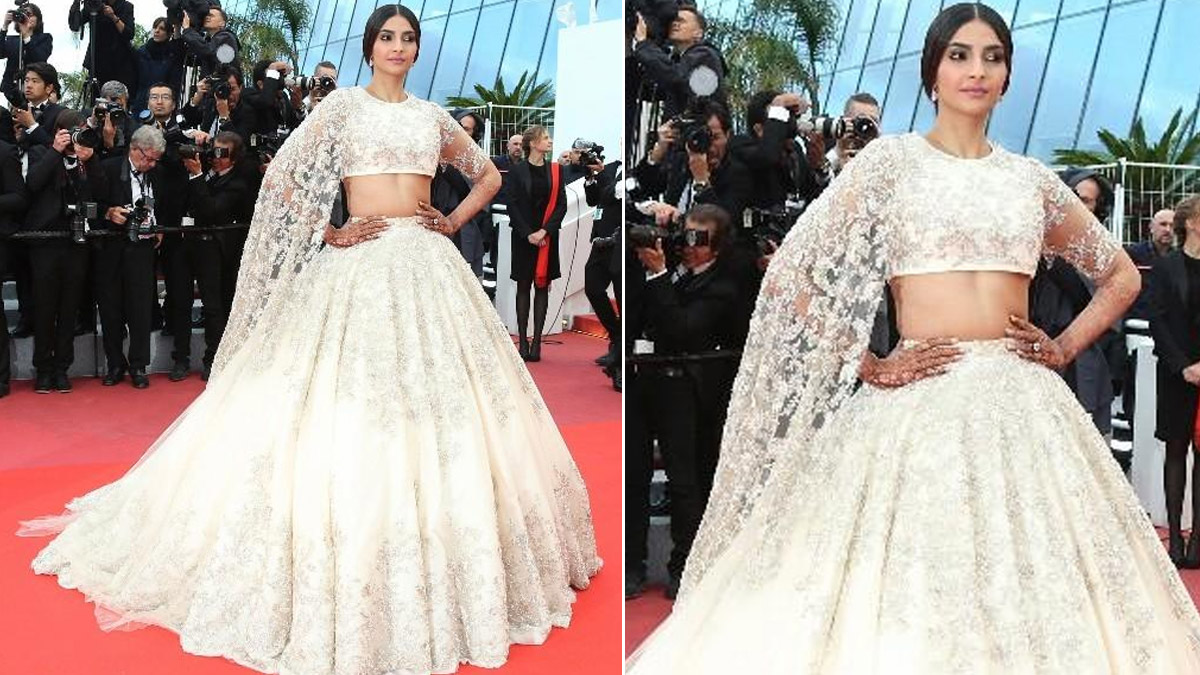 Walking the carpet just days after getting married, Sonam brought her bridal glow to the Cannes in 2018. She wore this kind of custom made lehenga by Ralph & Russo and completed her look with centre part long braids and a traditional Parandi. 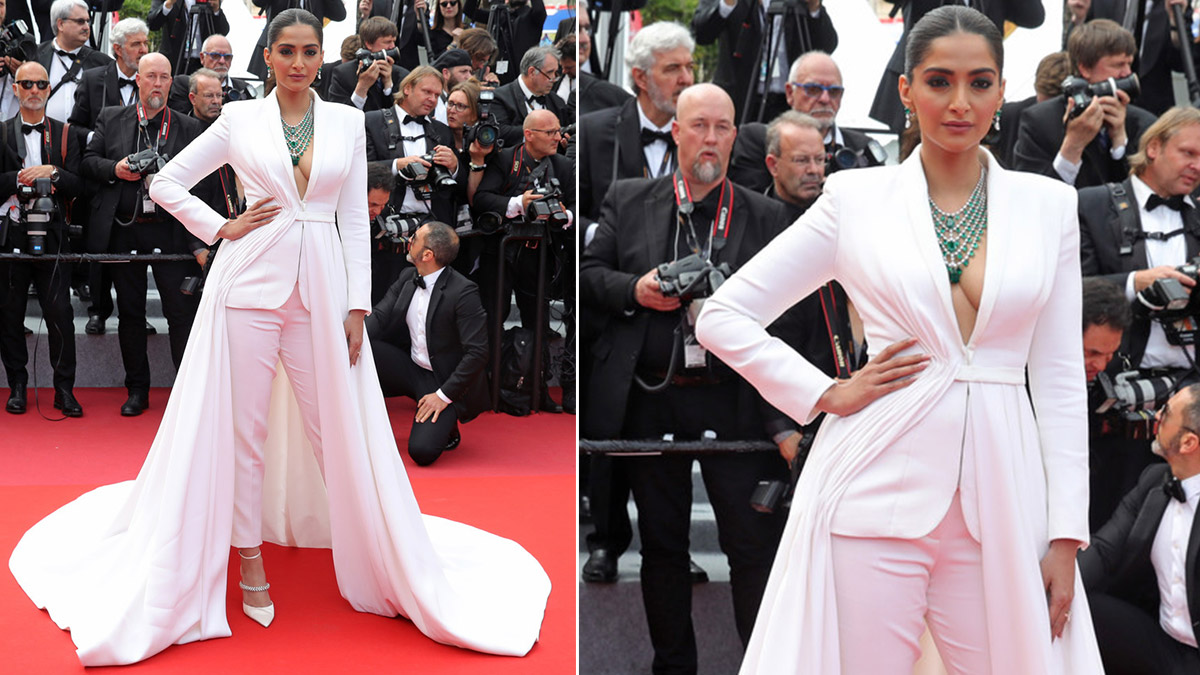 Sonam was the star of the Cannes red carpet with her take on the classic tuxedo; her hair was sleek and packed into a bun. She opted for a Smokey eye look in this Ralph & Russo Couture outfit. Sonam wore a breathtaking Chopard diamond and emerald necklace that took this look to another level.

From wearing Luxury brands like Ellie Saab to representing Indian designers like Anamika Khanna, she has also blended Western outfits with an Indian touch. Sonam is also a designer loyalist, wearing the same designers for years, like Ellie Saab and Ralph & Russo. She also walked the carpet in a custom Ralph & Russo Lehenga that made heads turn, and the brand had never made a lehenga before.

While we will miss Sonam on the Cannes red carpet this year, she has delivered some stunning and unique looks for the festival, proving that no one does Cannes Film Festival like her. Cannes Film Festival 2022 will begin on May 17 and end on May 28. Even though Sonam will not attend, her contemporary Deepika Padukone has been chosen to participate in the film festival’s esteemed jury. She is expected to walk every day, and we can look forward to that.

(The above story first appeared on LatestLY on May 14, 2022 11:33 AM IST. For more news and updates on politics, world, sports, entertainment and lifestyle, log on to our website latestly.com).