Prime Minister Narendra Modi on Monday referred to the common cultural heritage of India and Nepal and said the Nepalese people were “equally happy” as the temple for Lord Ram was under construction at Ayodhya. Addressing a gathering in Lumbini where he spoke in detail about the commonalities of faith and traditions of both sides, Mr. Modi said stronger friendship between the two countries was necessary to deal with the challenges emerging before the world at present.

“I had said in Janakpur that ‘without Nepal, our Lord Ram is also incomplete.’ I am aware that people of Nepal are feeling equally happy as an elegant temple for Lord Shri Ram is being built in India,” said Mr. Modi at a speech to mark the 2566th Buddha Jayanti. Mr. Modi praised Nepal for preserving its ancient culture and civilisation and said, “Visiting Nepal is not a political matter for me, It gives me a spiritual experience.” Prime Minister Modi had referred to the common links between the two sides during his visit to Janakpur in May 2018 when he had described Nepal as the abode of Lord Ram’s consort Sita. 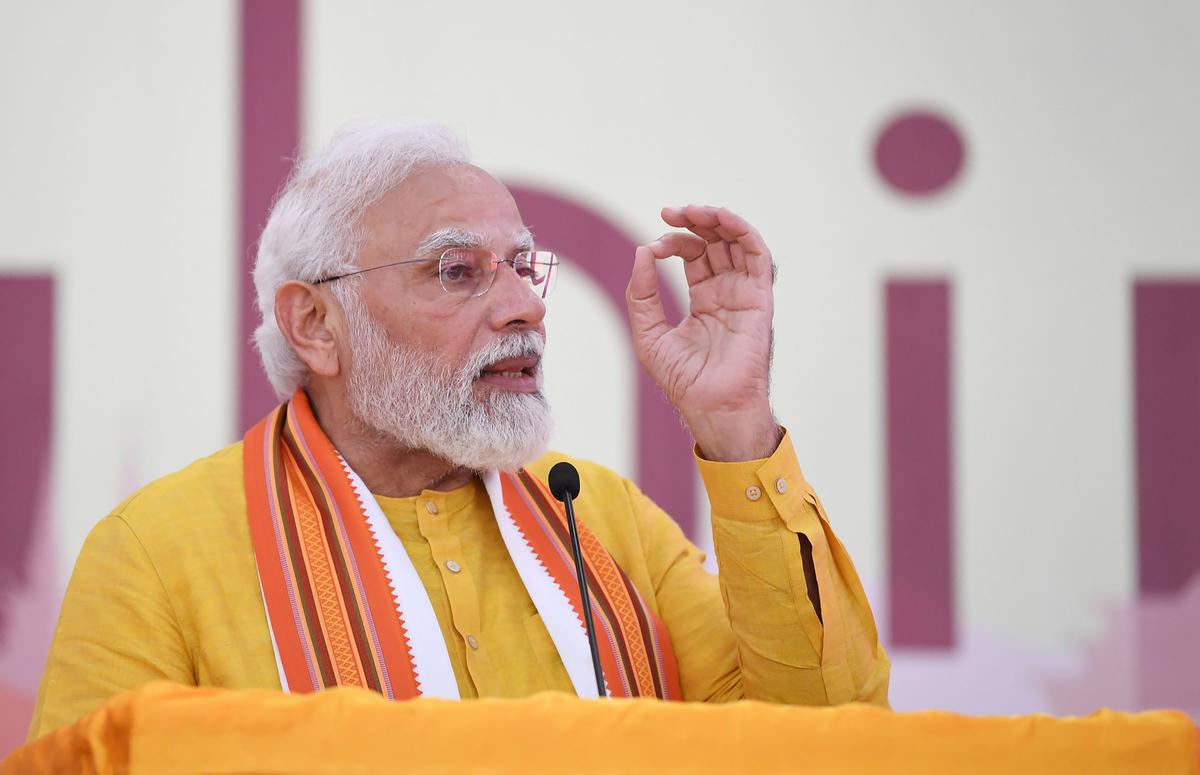 Prime Minister Narendra Modi addresses a gathering on the 2566th Buddha Jayanti and Lumbini Day 2022, in Lumbini, Nepal on May 16, 2022.
| Photo Credit: PTI

Speaking in Nepali, Mr. Modi said, “India-Nepal relation is as strong and as ancient as the Himalayas.”

The Indian leader spent a day and offered prayers in Lumbini, regarded as the place of birth of Prince Siddhartha, who later attained enlightenment and came to be known as the Buddha. Mr. Modi was welcomed at the airport by Prime Minister Sher Bahadur Deuba and his spouse Arzu Rana Deuba.

Soon after arriving in Lumbini, Mr. Modi worshipped at the Mayadevi temple, which is revered as the precise place of birth of the Buddha. Next, he along with Prime Minister Deuba performed the ‘shilanyas’ ceremony to launch the construction of the India International Centre for Buddhist Culture and Heritage in the Lumbini Monastic Zone. “Once completed, the centre will be a world-class facility welcoming pilgrims and tourists from all over the world to enjoy the essence of spiritual aspects of Buddhism,” the Ministry of External Affairs said in a statement. The plot for the Centre for Buddhist Culture and Heritage was allocated to the International Buddhist Confederation (IBC) by the Lumbini Development Trust in November 2021. The facility is aimed at catering to scholars and Buddhist pilgrims from all over the world who visit Lumbini.

The two leaders held a round of bilateral talks and signed five agreements, including one between the Satluj Jal Vidyut Nigam (SJVN) Ltd and the Nepal Electricity Authority (NEA) for development and implementation of 490.2 megawatts Arun-4 hydropower project. The project is expected to generate electricity for Nepal, India as well as Bangladesh and has the potential to emerge as a major source of energy in the south Asia region. The SJVN has 51% share and the NEA has 49% of the project. The two sides followed up on the talks held on April 2 when Mr. Deuba visited Delhi.

Mr. Deuba also invited Indian companies to invest in the West Seti hydropower project in Nepal. Mr. Modi assured Nepal of India’s continued support for the developmental and energy projects. The 750 megawatts West Seti hydropower project is being planned on the Seti river in the western end of Nepal near Dadheldhura, which is the hometown of Prime Minister Deuba. The West Seti project has been on the drawing board for many years and it is understood that Monday’s discussion in Lumbini will add momentum to the project.

Megan Fox Birthday: A Look at Her Sexiest and Boldest Outfits of All Time