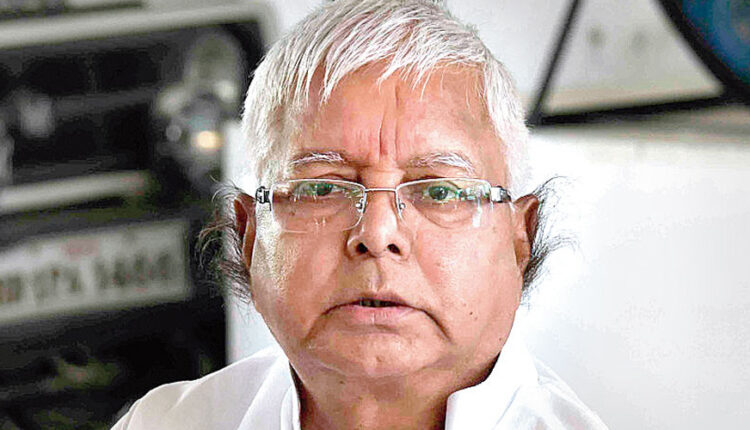 New Delhi: The Central Bureau of Investigation (CBI) on Friday was conducting raids at 16 different locations in Bihar and Delhi linked to Rashtriya Janata Dal (RJD) chief Lalu Prasad and his daughter, Misa Bharti, in connection with a land for job scam.

The scam involved taking land from unemployed youths on the pretext of providing them government jobs.

A CBI source said that a fresh case was recently lodged against Lalu and others for accepting bribes from unemployed youths and cheating them on the pretext of providing them jobs in the government sector.

“Yadav, when he was the Union minister, through his aide or directly told the innocent persons that he would help them get government jobs. And they took land from the job seekers. However, the jobs were not provided to all,” the source said.

When asked how many such land pieces were acquired by Lalu and others through this, the source said they were making a list.

The CBI officials are also recording the statements of those who are present at the locations.

This comes weeks after the RJD leader was granted bail in the Rs 950-crore fodder scam case. He has already been convicted in five cases of the fodder scam.