Kristen Stewart has finally arrived at the Cannes Film Festival and the lady is busy dishing out some fashion goals. The Spencer actress who’s at the French Riviera for her next release, Crimes of the Future picked three distinct looks for her multiple appearances and the only thing common between them was their chic factor. From Chanel’s classic tweed suits to a dramatic skirt paired with a crop top, Kristen’s choices weren’t your typical red carpet favourite and yet charming. Kristen Stewart Nails Two Distinct Glamorous Looks and We’re Stunned (View Pics).

Kristen’s stylist, Tara Swennen took to her Instagram account to share pictures of all her recent looks and we are smitten. For her first appearance, Kristen picked black pants with a sheer white embellished top and paired them with black pumps. While she kept it casual this time, she went more a bit semi-formal next time with her dramatic white skirt and blingy black crop top. While her blond locks were tied in a messy ponytail, she opted for black pumps once again. Yo or Hell No? Kristen Stewart’s Sheer Black Maxi Dress by Chanel.

Kristen Stewart in Chanel at Cannes 2022 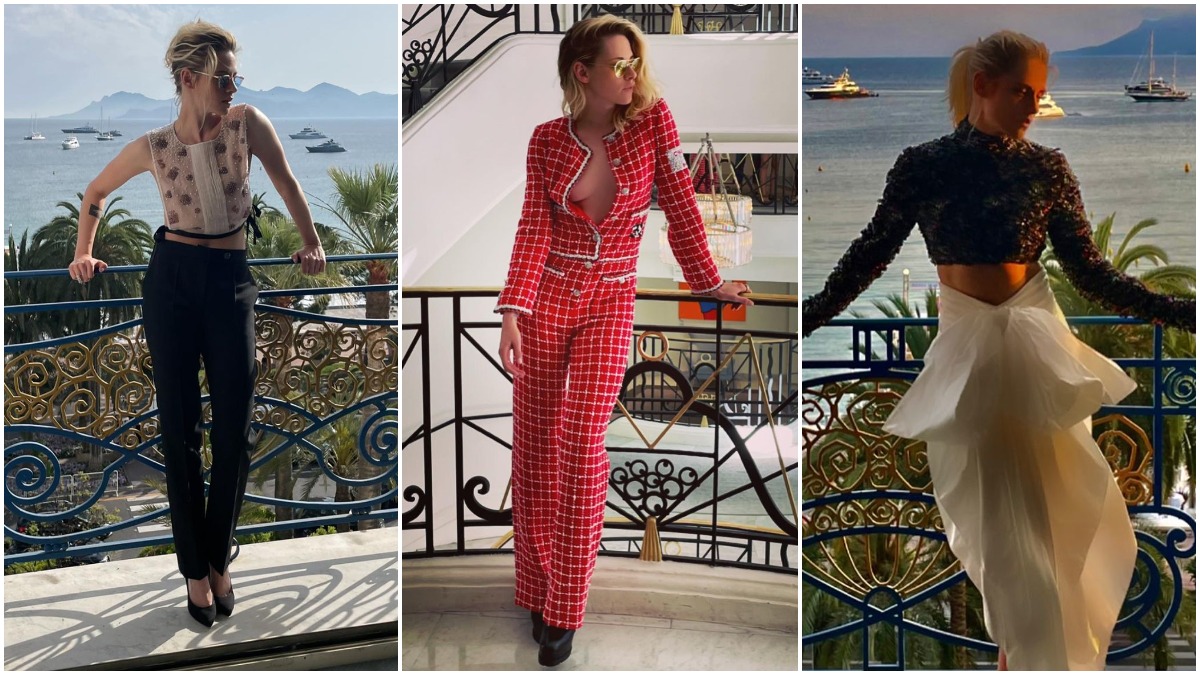 Next in line was her classic Chanel tweed suit. Kristen chose a red pantsuit sans any shirt for her next appearance. It was a simple look but her unbuttoned blazer added an extra dose of oomph to it. With loose hair and black boots, she completed her look further.

Kristen has been a staunch supporter of Chanel these days. From attending movie premieres of Spencer to special lunches of all Oscar nominees, Kristen had some classic Chanel looks planned and they all looked delightful. Hopefully, her association with the brand will continue for years to come and together, they will put together some charming looks to see.

(The above story first appeared on LatestLY on May 25, 2022 08:00 AM IST. For more news and updates on politics, world, sports, entertainment and lifestyle, log on to our website latestly.com).